The art of matching Hollywood dreaming with limited budgets 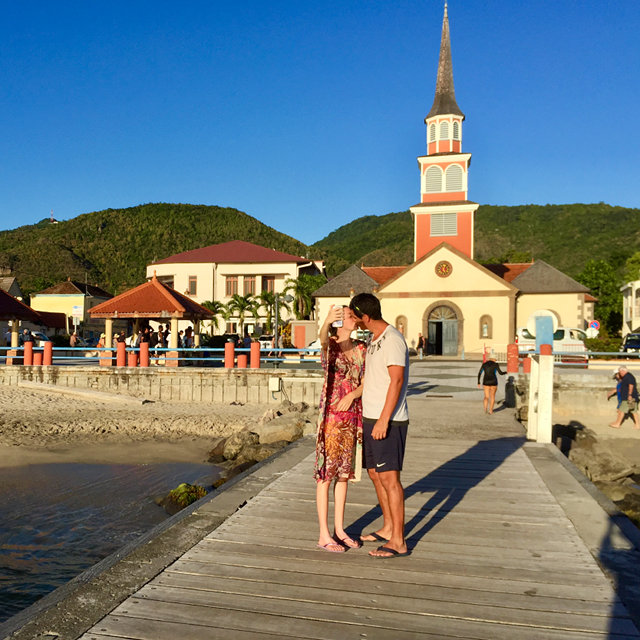 With an open mind and always curious - we are aware of the importance to fully understand a creative brief, and how to match outstanding ideas with financial limitations. When estimating the production costs we are coming up with creative solutions on how to stretch the production budget when it comes to locations, casting, props, accommodation, logistics, equipment rentals, catering and crews.

On each island we find the best local Caribbean Crews and save so our customer money on travel and accommodation costs – as a first step.

While producing and supporting film, video productions and photo shootings for international clients on Caribbean Islands for over 20 years, we collected valuable knowledge about the needs of foreign production companies and the diverse possibilities as well as limitations when filming on Caribbean Islands.

Maybe size matters sometimes, but we believe first of all in the design principle of ‘form follows function’. That’s why we try to keep it simple and therefore - on our website thecaribbeanproduction.com, we list all clients that we had worked for, but we only show a limited amount of project samples in smaller sizes.

We focus on precise, true and reliable information on locations, production possibilities and costs for shoots in the Caribbean. Our client list has grown long and our productions in the Caribbean had been so many over the last twenty years that we are unable to present samples of all productions on our website, especially not in the recently favored large formats on new websites.

In order to give you the maximum on information without wasting your valuable time while waiting until all elements of our website are downloaded, we stick to mostly smaller images and detailed text information. 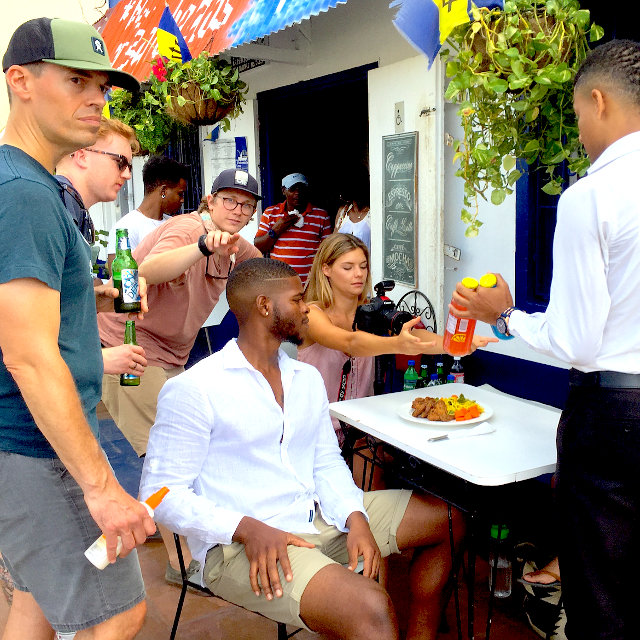 What to do in Jamaica when coming off a cruise ship ? 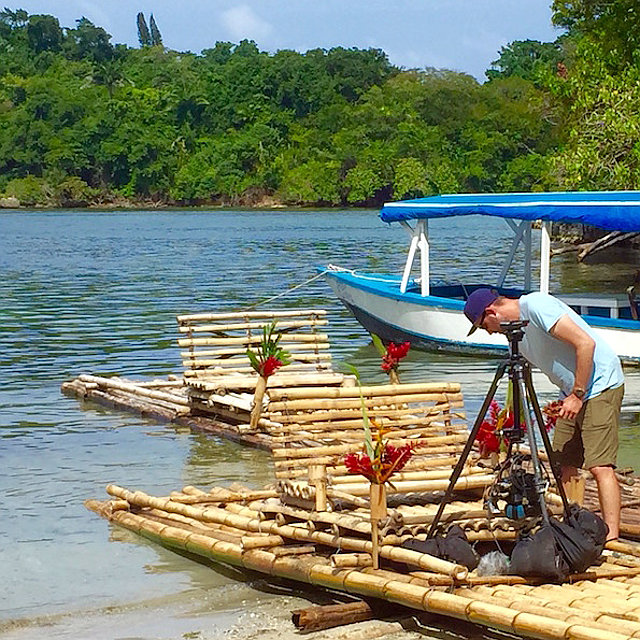 Being on a Cruise ship through the Caribbean region is a great experience, but the ship stops in different ports on Caribbean Islands and then comes the question: How to make the most of that day?

For the Royal Caribbean Cruise line we produced a video with CAM partners/Jaunt with ideas for their cruise line passenger on how to best spend the day in Jamaica on the North Coast. Starting from Ochio Rios, the suggestions were from rafting in the Blue Hole, visiting Dunn River to beach excursions with horse riding to diving to sunken ships, to name a few.

Supported by a friendly Jamaican production crew, the production went smooth and pleasant. 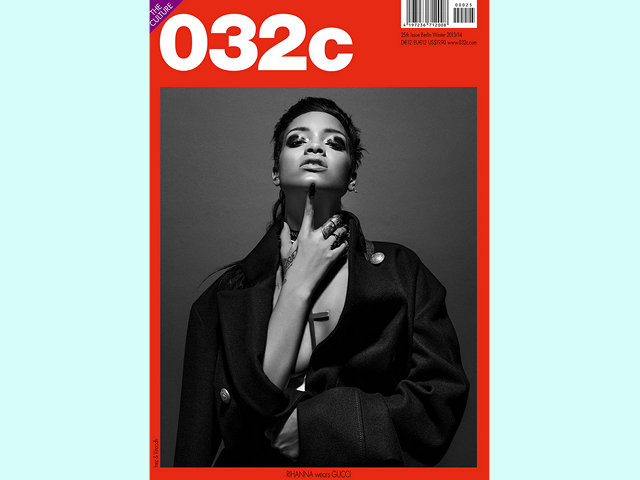 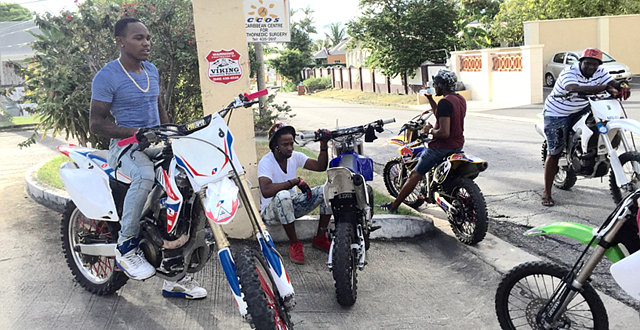 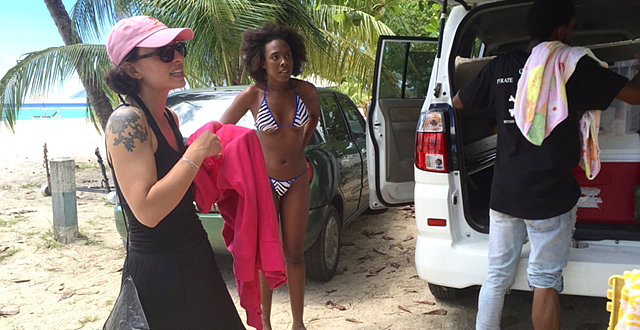 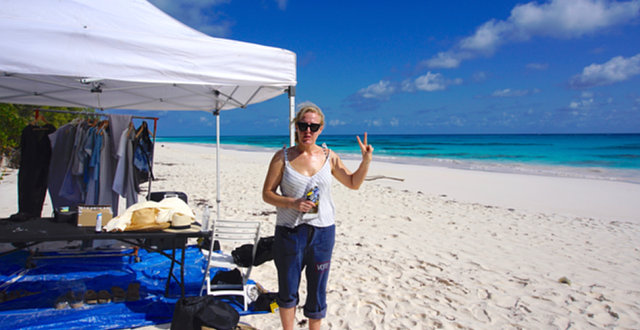 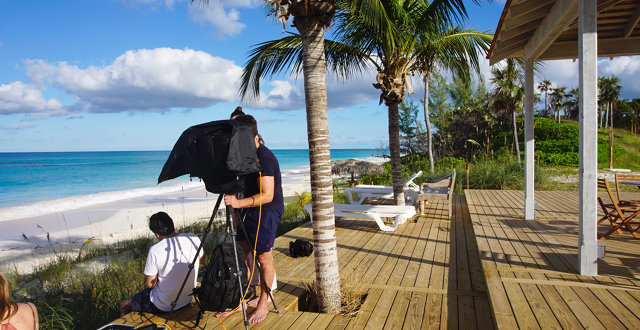 For the POETRY Summer fashion shoots, we moved to the Bahamas, to find the most stunning location scenery on a deserted pure white beach, pristine clear water and stunning white rock formations. It wasn’t exactly around the corner from the hotel, but it was definitively worth the drive. UK Producer Claudie gave the thumps up - not only to the location, but also to the cooking of caterer Shauna, who spoiled the production team with delicious local food.

Next shoot day took place on the white hotel beach with beautiful pool, delicious cuisine and all amenities of a luxury boutique hotel. It is obvious that there is someone who knows what media crews need. Former New York photo studio owner Tom Marazza is the very relaxed and friendly owner of this gem ‘La Bougainvillea’, as well as of the spacious ‘team’ villa next door. In fact he has turned the spacious, beautiful terrain almost into an out door Studio location. 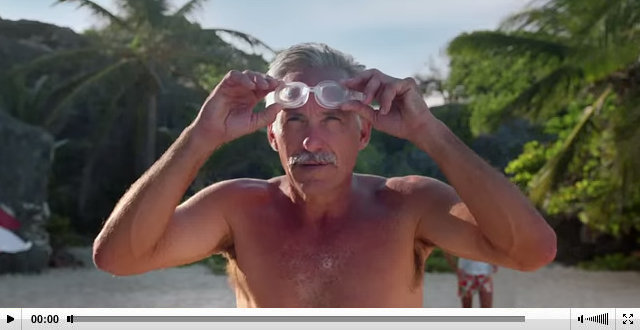 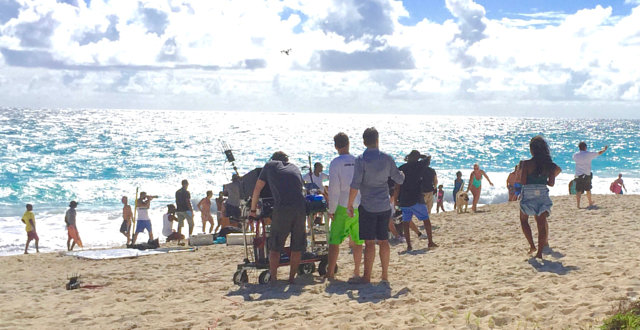 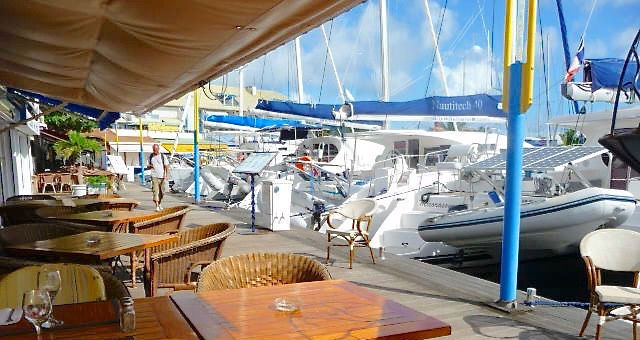 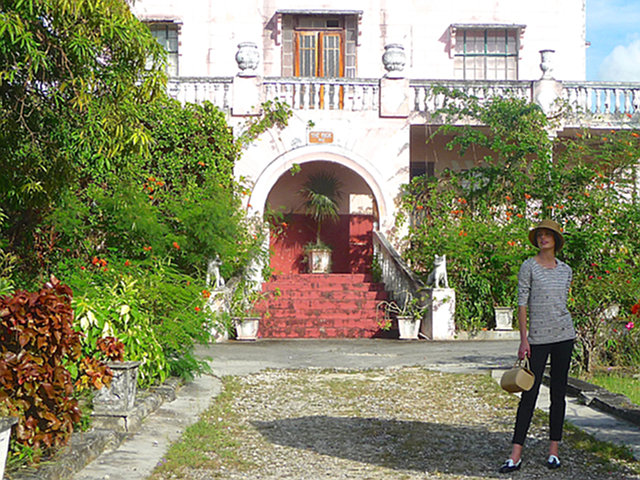 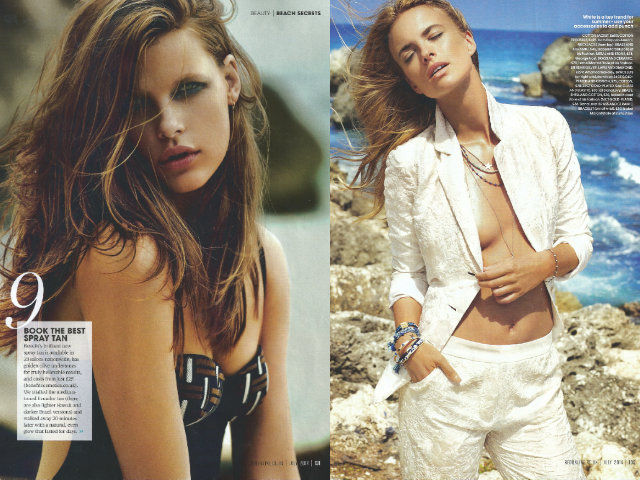 A recent scouting trip for a US production company brought me to the Caribbean island of St. Lucia again. I am always surprised to see the fabulous mix of architecture that is equally influenced by the former French, Spanish and English colonialists.